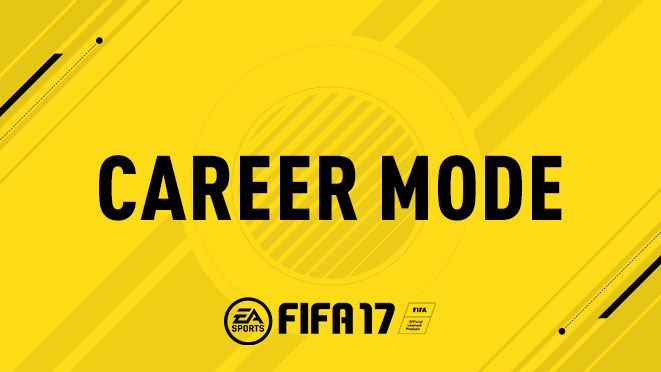 FIFA 17 Career Mode is so interesting and challenging that many players love it. However, many of them become frustrated as they don’t know how to manage players properly, which is important. For example, you need to train, promote and loan players at at the right time. Here we introduce you top 10 tips we summarized for FIFA 17 Career Mode to help you manage your players.

1. Always train a youth academy goal keeper even if you find one with poor potential since it’s an incredibly easy way to make money.

2. In regards to the question about youth academy objectives, if you have a growth objective the player must grow in the youth academy before being promoted (e.g Grow 2 youth academy players by 10 points and play them in 5 or 10 matches.).

3. Never train a player younger than 18 and over 60 rated regardless of potential, because they will still grow physically just later in there careers.

4. In conjunction with tip 4, don’t promote players till they are 17. This will allow both there physicals to grow and their potential can change as well (I have had players go from 82-88 potential to 90-94 potential doing this.)

6. This ones just a personal thing but use the loan glitch to reward players you want to see well. (e.g a young academy player with great wf/skills and workrates but poor potential)

7. The loan glitch works as follows: Let’s say you have John Smith and John has 75 potential and is 60 rated or higher. If you short loan him and recall him he will only go up a maximum of 3 potential ratings, you will need to potentially loan glitch him 5 times to get Has potential to be special (there also is no time limit on when you recall them anymore you can do it on the same day or months later and it will still work.).

8. The easiest money you will ever make is from training free agents goal keepers and youth goal keepers as potential really doesn’t matter with them. It is possible to train them to 80 within a season and make a huge profit.

9. If you find yourself bored of career modes sim the first season, you won’t get sacked and your players will grow dramatically well naturally as well as populating the regens, pregens and free agents. I sometimes sim 2 seasons for added affect.

10. Try a youth only career mode because they’re incredibly rewarding and addictive. I’ve done plenty with teams like Limerick in League 2 and even my toughest one where I took Galway United to the premier league, calendar glitches to populate my scout reports and sold all my real players within a season. Using the goalkeeper trick I was able to make £40m in one window selling keepers.

I hope these tips can help you a lot to lift your performance in FIFA 17 Career Mode. If you have any idea to add please don’t hesitate to leave your comment to share with us. Enjoy the game.