Nearly a month away from lat Update. FIFA 17 Title Update 6 now is avaiable. The 1.07 Patch now is released on PC and coming soon for PS4 and Xbox One owners. Here’s the full patch note in the sixth FIFA 17 title update: 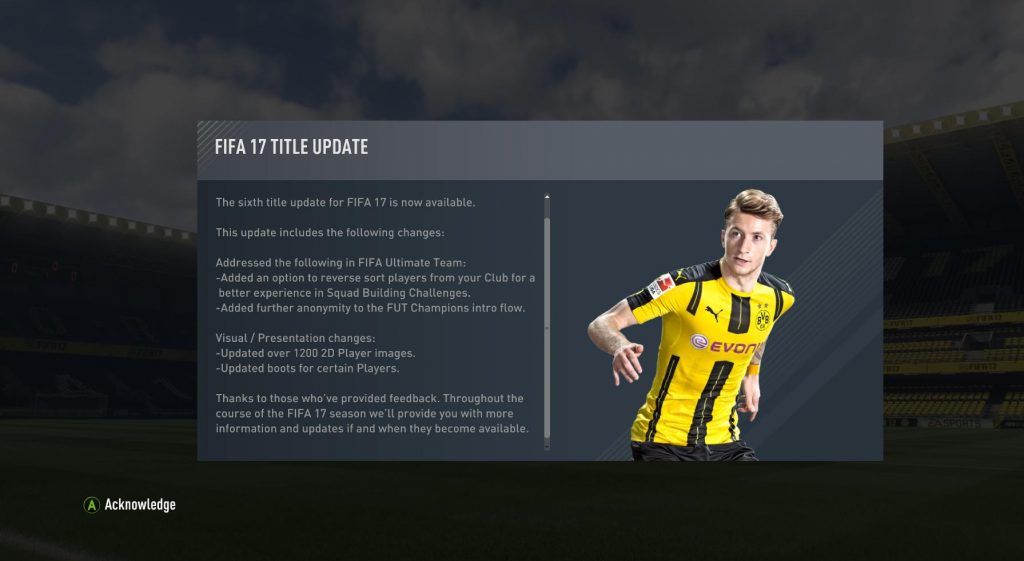 -Added an option to reverse sort players from your Club for a better experience in Squad Building Challenges.
-Added further anonymity to the FUT Champions intro flow.

With the new sort by ‘Quick Sell Value’, option, especially if you’re a hardcore collector, finding your untradeable cards first (which have a Quick Sell Value of 0) has never been easier.

Leave your feedback and they may become avaiable in the next update.